Lily “Corpse Flower” Prince is a short, blocky woman with blonde hair who is almost never seen without her lab coat and glasses. Under the lab coat, she tends to wear whatever is most comfortable—and often for several days without changing clothes. She has no sense of office decorum or proper attire, considering such things as beneath a researcher of her caliber.

Lily Prince is the chief of R-Lab, the Seattle Branch’s research and development division. Despite coming from a powerful political family, Lily threw wealth and prestige away to dedicate herself to a life of scientific research into the Renegade Virus. Lily’s coworkers would politely describe her as “obsessed”; she once forgot to go home for a whole week, not eating or sleeping for the last several days, until she collapsed in her lab and had to be taken to the branch medical facilities.

Despite her intense devotion to research, Lily has a keen mind for politics. She uses this knowledge to avoid political entanglements whenever possible, except when her budget is at stake. Lily is more than capable of undercutting her fellow division chiefs if she thinks that she can walk away with their share of a yearly budget. 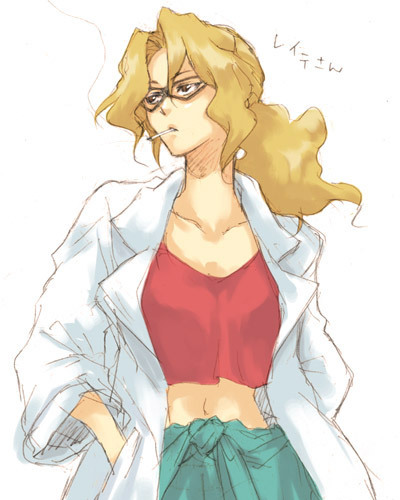